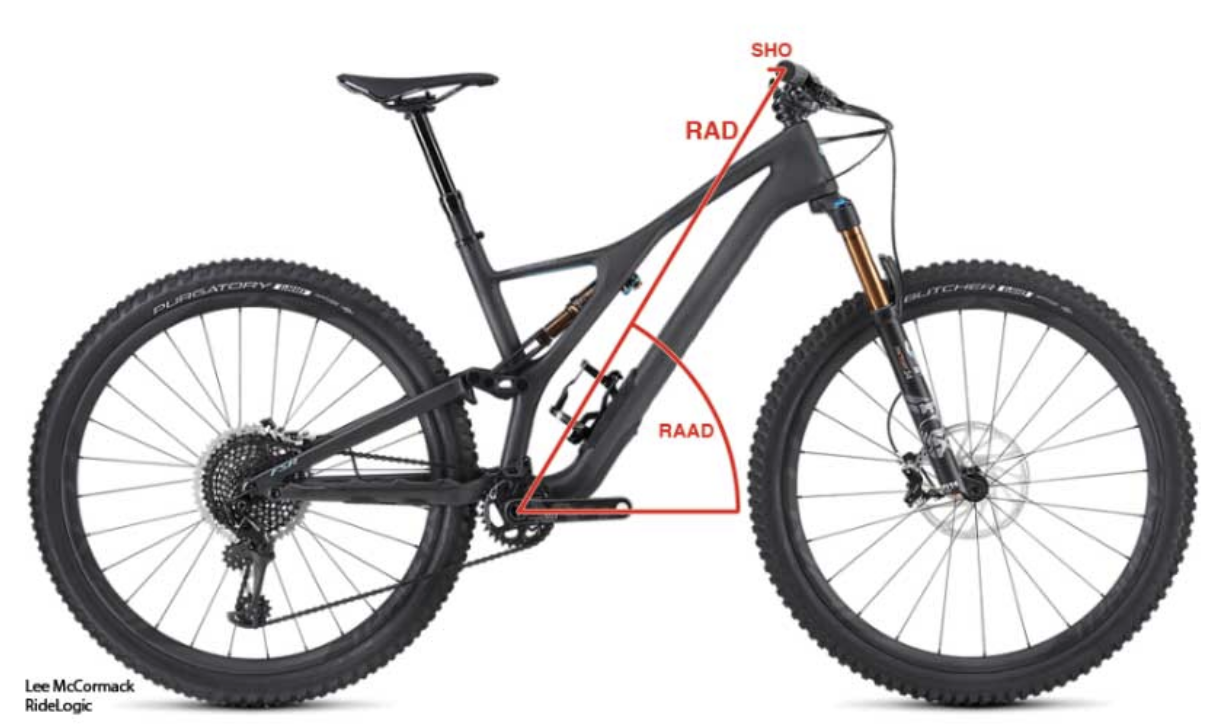 First of all, thank you for all your work on the blog – it really is a standout in the bike-internet-knowledge base. As well as Dialed e-book that I bought today.

After reading it, I have some questions. Perhaps you will find time to answer them?

1. How can I access the rider-and-bike calculator (I always get a “This page requires a membership to view” notification when I login with my e-mail: wooyek@gmail.com)?
2. “RAD, RAAD, Reach and Stack Table” – are these actual frame dimensions (“official” reach/stack used by manufacturers) or do they include cockpit dimensions?
3. If handlebar rotation should not be used to dial-in the RAD, what method should be used first, give the stem spacers are not enough?
4. What is your method to measure RAAD?
5. How would you describe rider’s “average proportions”? Do you know the average inseam-to-height ratio?
Thank you in advance, best regards!

END_OF_DOCUMENT_TOKEN_TO_BE_REPLACED

I am seriously considering purchasing a RipRow. I can’t purchase both a rowing machine (which was original plan) AND the RipRow. So I thought you may be able to help with some info about me as a rider.

I am 61, female, started mountain biking about 4 years ago. My confidence waxes and wanes depending on how much i get to ride. I live in Iowa. From now until March or April our trails are under snow and ice.

I have a Cycleops trainer, and i admit it’s not easy to do all my training sitting on a bike. I practice yoga regularly. I was considering the rowing machine because i want a good all over body workout and endurance training as well.

I have been intrigued by the RipRow since you introduced it. I would love to increase my skills so i can ride more, ride well, ride fast, learn to corner, navigate drops, boulders, jump etc.

Can the RipRow provide me with an aerobic workout as well as strength building? everything a rowing machine can do?

thoughts to help me decide? I have hardwood floors..will i need a mat or something to limit the rocking of the RipRow?

thanks for any insight.

END_OF_DOCUMENT_TOKEN_TO_BE_REPLACED

Hey Lee – quick question. I am on a 27+ hardtail. This is the little pump track I use. Almost the whole track is in the frame. The bumps and corners come up so fast and it is sometimes hard to not run off the edge. When I put my 4 year old on it his tiny balance bike seems to fit so much better on the track than my bike. It makes me wonder – would i be having more fun or learning faster if I used a bmx bike instead?  I am very beginner – only my 4th time on a pumptrack.

END_OF_DOCUMENT_TOKEN_TO_BE_REPLACED 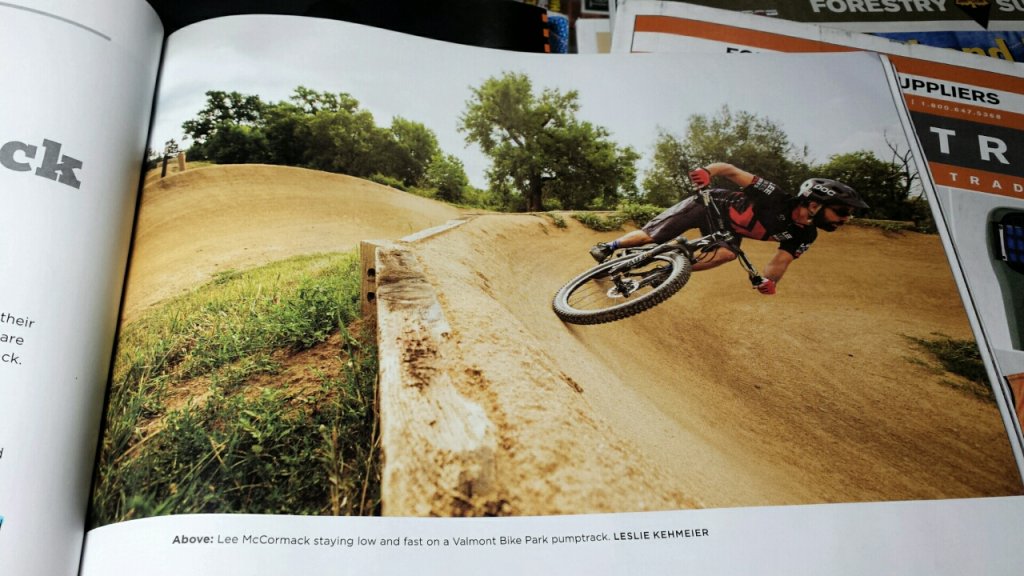 First off id like to say i love your building style and your website.Recently i have been reading up on pump tracks when i came across your website which i might add is amazing.Whilst reading i noticed that you said a backyard pumptrack could be as small as 20 x40.Ive been wanting to build one for the longest time yet only have about 15 feet x 42ish feet.Do you think this could work and be fun?Also what kind of roller spacing and berm radius do you use?

END_OF_DOCUMENT_TOKEN_TO_BE_REPLACED

We at Trail Werks Cyclery are trying to use your Dialed theories to fit body/bike but I have some questions that I’m sure you’ve thought about.

Front/rear wheel attack position weight distribution – auto racing wants 50/50. What’s the theory on two-wheeled sports where body weight has such a huge impact? Is it 60/40 on flat ground? How does your RAAD affect that, if at all? We want to be able to set up suspension along with rider position. Does the front/rear weight balance shift with RAAD from xc race to dh? How? Is one more important than the other?

I hope this doesn’t drive you nuts. I’m hoping you tell me they are just two different things.

Thanks again. You’ve made me very busy thinking, talking to customers and measuring shit… Nice work.

END_OF_DOCUMENT_TOKEN_TO_BE_REPLACED

I’ve read your ebook “welcome-to-pump-track-nation” and it’s really great.
I’d like to build a pumptrack in my garden.
Attached you’ll find a picture of the total footprint.
Could you give me maybe a suggestion for the track?……I mean about the berms, rollers, interchanges……..It would be really great.
I can extend the length of the footprint if necessary (59 feet up to 63 feet).

END_OF_DOCUMENT_TOKEN_TO_BE_REPLACED

I just signed up for your RideLogic bike setup service. I’m 5’8″ and am a little stunned at the difference in dimensions that it recommends vs my current bike.

I have one of those long low 27.5 Whyte bikes, and I ride a medium with a 450 mm reach (The RAD on that bike is WAY longer than what RideLogic recommends, but it actually feels really good).

I was shocked when your article said I should be on a 410 mm reach bike. I am looking at 29ers (never owned one before), and I rode a Guerilla Gravity Smash medium which was at 460 mm reach and I hated it.

After looking at RideLogic, I should have demoed the small instead. Most of the bike websites out there say I should be a medium and the average reach on those is 425 mm which still have longer RAD numbers. Do I really need a small??

It looks like RideLogic doesn’t discriminate on someones proportions (arm length, inseam etc). Do those factor in or is it pretty standard that someone who is 5’8″ will fit into a certain RAD?

END_OF_DOCUMENT_TOKEN_TO_BE_REPLACED

Because I am looking for a new bike I just got a copy of your book Dialed.

While the RAD concept fits to my current short list I see no way to get near to the recommended RAAD numbers. My current bike is a Radon Slide 160, a light Enduro. It has a RAAD of about 55.5° and I am happily riding it for 4.5 years now.

Now taking the measures of a Norco Range XL as an example would give me a perfect RAD, but the RAAD would be 53.7°. To get to an enduro RAAD of 60° I need shorten the reach from 475 to 402 mm and expand the stack from 621 to 670mm for the same RAD. Any other bike I am looking at has similar numbers.

END_OF_DOCUMENT_TOKEN_TO_BE_REPLACED 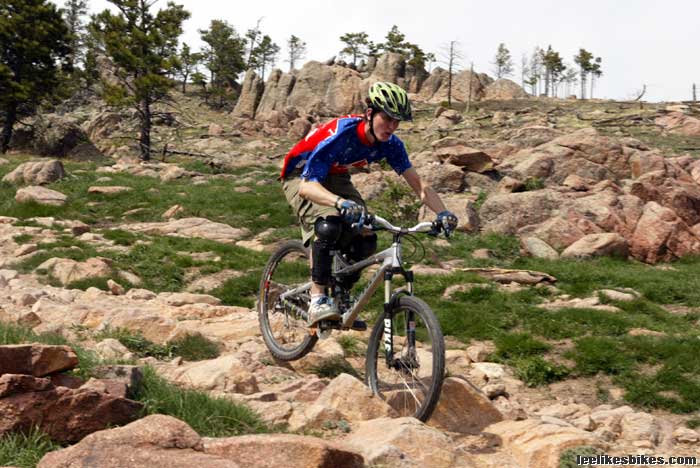 I hope all is well and RipRows are flying out of your garage! I have a quick question for you.

I have been training extensively lately with a heart rate monitor. I notice that my heart rate spikes significantly when I go downhill. I have a hard time keeping in under 160. My max is somewhere around 180. However I don’t feel out of breath or winded when riding downhill. Is this something you have seen before in riders? Any thoughts on it?

END_OF_DOCUMENT_TOKEN_TO_BE_REPLACED

Do you prefer the Maxxis Minion DHF over the Specialized Butcher when it comes to dry, roots, pine needles? This is for 29×2.6 on the new Specialized Levo Expert 2019 model that just came out. (I remember you had a 2012 Expert Stumpjumper just like mine.)

I want to keep the weight of the new LEVO low and the Butcher weight is about 200 grams per tire lighter than the Minion. I like the Maxxis High Rollers better than the Specialized tires I tried. Is Maxxis worth the the weight from Butcher to Minion?

END_OF_DOCUMENT_TOKEN_TO_BE_REPLACED 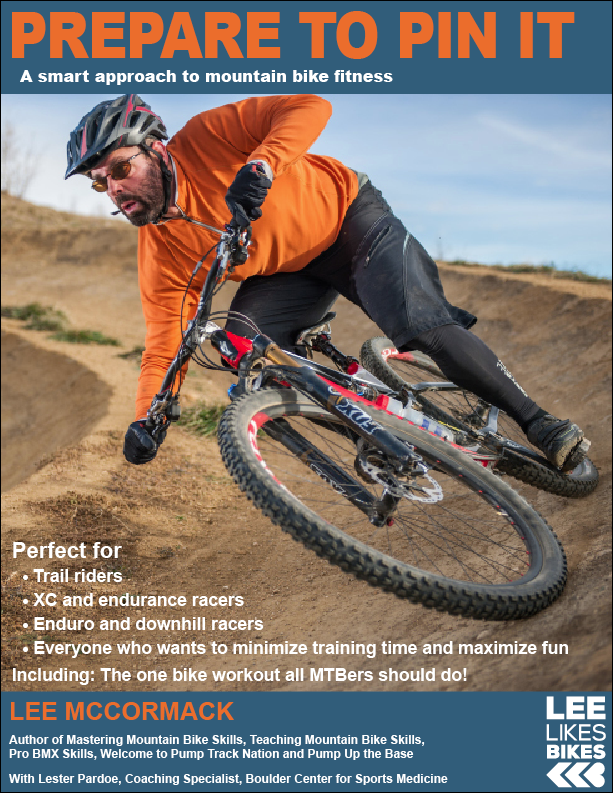 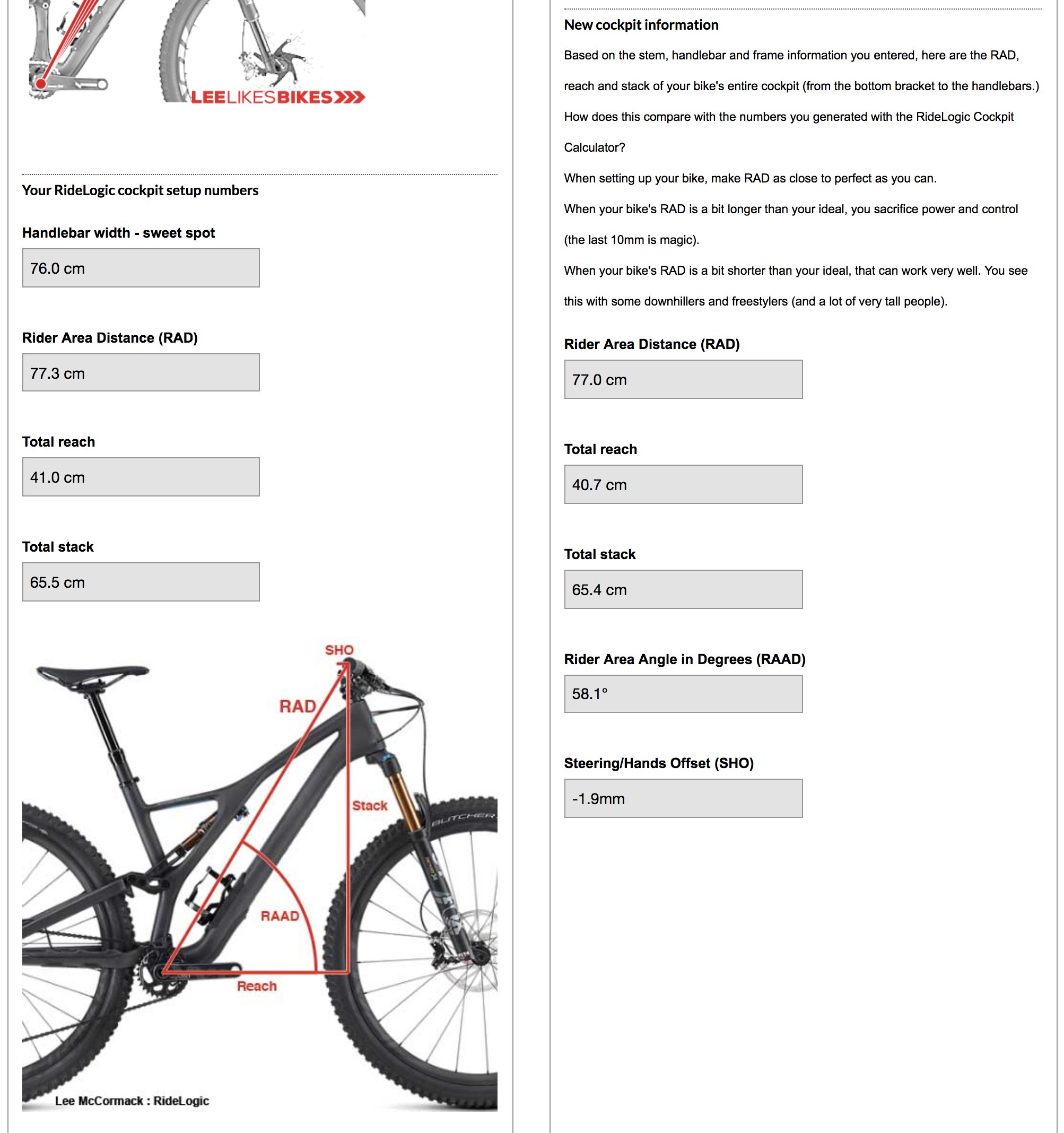 Here’s a comment thread from the Lee Likes Bikes MTB School (www.llbmtb.com – membership required). This poor guy was advised to buy the wrong size bike. I see this happening a lot — and it’s not cool.