Have you seen the most recent video in Curtis’ Red Bull enduro series?

Toward the beginning there is a shot of him coming out of a corner and lifting the front as he accelerates out. Braaap!

Is there a functional purpose to this?
Is he just that hard on the pedals?
Is it merely an artifact of pumping the exit of the corner?
….or is it just a “style” thing?

It’s good to hear from you. We had some great times “back in the day” riding with Curtis and traveling to races together.

S2E2 might be the best video in the series, at least from a storytelling standpoint:

In a beautifully violent sprint, a la a BMX pro exploding out of the gate, the hips drive forward while the hands anchor backward. Lifting the front wheel isn’t the goal; it’s the result of massive tension between the hands and feet. 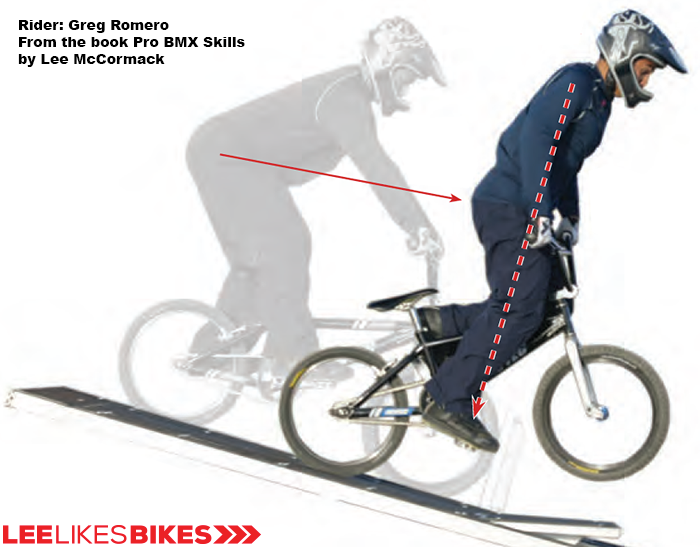 At 0:22 Curtis is definitely multiplying force between his hands and feet.

Hard on the pedals?

Yes. When Curtis pedals, it’s an act of God. Last year I asked him about his peak sprint power. As I recall, he’s pulling around 2,200 watts.

That kind of power, by the way, would suffice in a AA Pro BMX gate.

A result of pumping the corner?

At the highest level, the hip drive you use to crush the s— out of a corner can also be used to sprint (or hop) out of the corner. I teach this total integration to advanced riders.

Or is is just a matter of style?

In my opinion, there’s some of this too.

Notice how Curtis leans back and pulls on the bars right before he begins his sprint. This is part of his style — and the result looks cool. But I don’t think it serves a functional purpose. When you launch a sprint from the back seat, you lose control and power compared with sprinting while balanced on your feet. (I learned this from Coach Greg Romero while writing the book Pro BMX Skills.)

Fun happens at the intersection of challenge and ability. The good news is we can all master the fundamentals more deeply. For pros like Curtis, improved skills lead to more victories and higher earnings. For the rest of, improved skills are safer — and they make riding more fun.

Improve your riding skills with in-person or remote coaching >>>