Say one question that you gave me the answer to when we were in Moab but I’d like to explore a bit more. We talked about how on a motorbike we tend to hang off in corners which I thought was because the motorbike is heavier than the person so trying to keep the bike more upright centralized the weight over the wheels a bit more. On a mountain bike we do the opposite. You let me know that riding a motorbike with a kind of mountain bike mentality (i.e – pushing the motorbike over and me staying more upright) would be just as workable. So I’m a bit lost on the logic (although I think you’re absolutely right because I’ve been riding my motorbike more like a mountain bike and especially at lower speeds it’s much more manageable) and would appreciate the cliff notes on the why it works. I’m so darn logical that I have to understand before I can get truly comfortable – sorry about that!

This is such a great question.

As a longtime bike rider and an on-and-off moto rider, I’ve wondered about, researched and tested all kinds of approaches to leaning in turns.

Just like in the bicycle world, the moto world is full of conflicting ideas. Just about anyone can post online, which makes him or her an expert, right? Hey look at me!

Tries to keep everything as simple as possible.

Strives for scalability. Every skill you learn at the beginning grows with you. We never throw out techniques or “change our minds” as riders get better (as I’ve seen in ski instruction).

Seeks to teach universal truths that work on all bikes and, in many cases, off the bike too.

That said, here’s how I look at leaning in turns:

When we turn a bike (or moto), there are two different angles. Sometimes these match each other, but mostly they don’t.

The way we teach cornering at LLB, there’s a relationship between the amount of bike lean and the radius of the turn. More lean means a tighter turn. We do not steer the bars. We select the lean angle of the bike, then we let the front end do what it’s made to do. 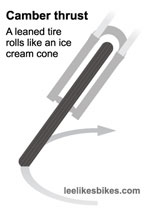 When we turn, the whole system — bike and rider — has to lean just enough to balance the forces of gravity and cornering.

For example: If you ride 15 mph through a turn with a 15-foot radius, you’re generating 1G of cornering force.

If you’re pulling 3G, which is the most I’ve ever seen, the system is leaning about 68 degrees into the turn. 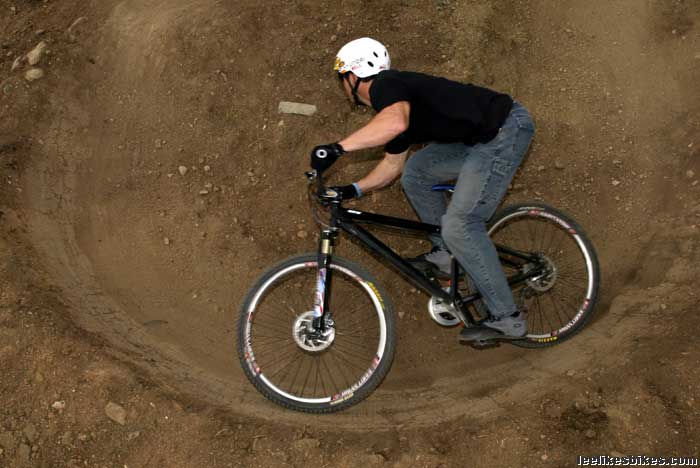 Brian Lopes rails the crazy-tight 180 on the original The Fix Bike Shop pump track circa 2005. 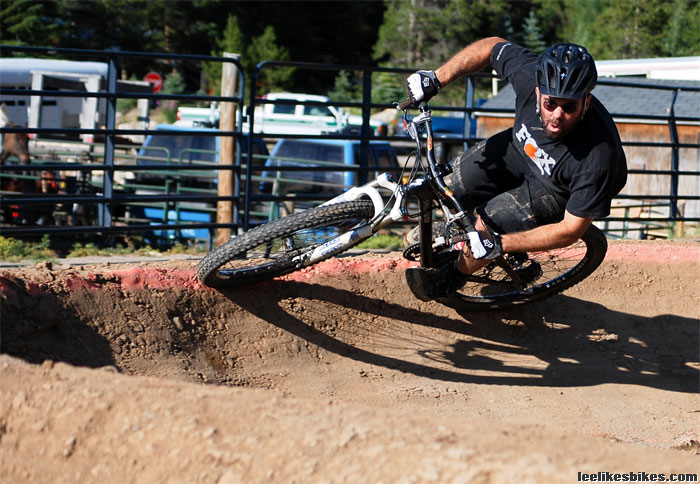 Riding the line, literally, on the track we built for a Giant Bicycles dealer event.

Sometimes it’s mathematically perfect to lean our bikes and bodies the same amount. The best example is a berm whose bank angle matches the riders’ expected balance angle.

BTW: If you’re leaning 45 degrees into a 45-degree berm, you’re not cornering. You’re pumping. But that’s another topic.

It’s pretty rare that your cornering angle and balance angles match each other. Because these angles rarely match, I believe this is the safest approach:

1. Lean your bike enough to create the turning radius you need.

2. Balance on your feet (or foot). Our bodies are deeply programmed to stand on our feet. When they focus on driving their weight down into their pedals, most riders instinctively create the correct balance angle — even if “down” is at a 68 degree angle sideways.

Run as fast as you can in a tight circle. Notice how your body naturally leans into the turn. That’s your balance angle.

In most turns, the cornering angle is greater than the balancing angle.

That’s why you almost always see great riders leaning their bikes more than their bodies. This approach also creates more downforce and cornering bite, and it’s safer in general. If the tires break loose, you’re balanced over the middle of the bike, and a catastrophic failure is less likely. 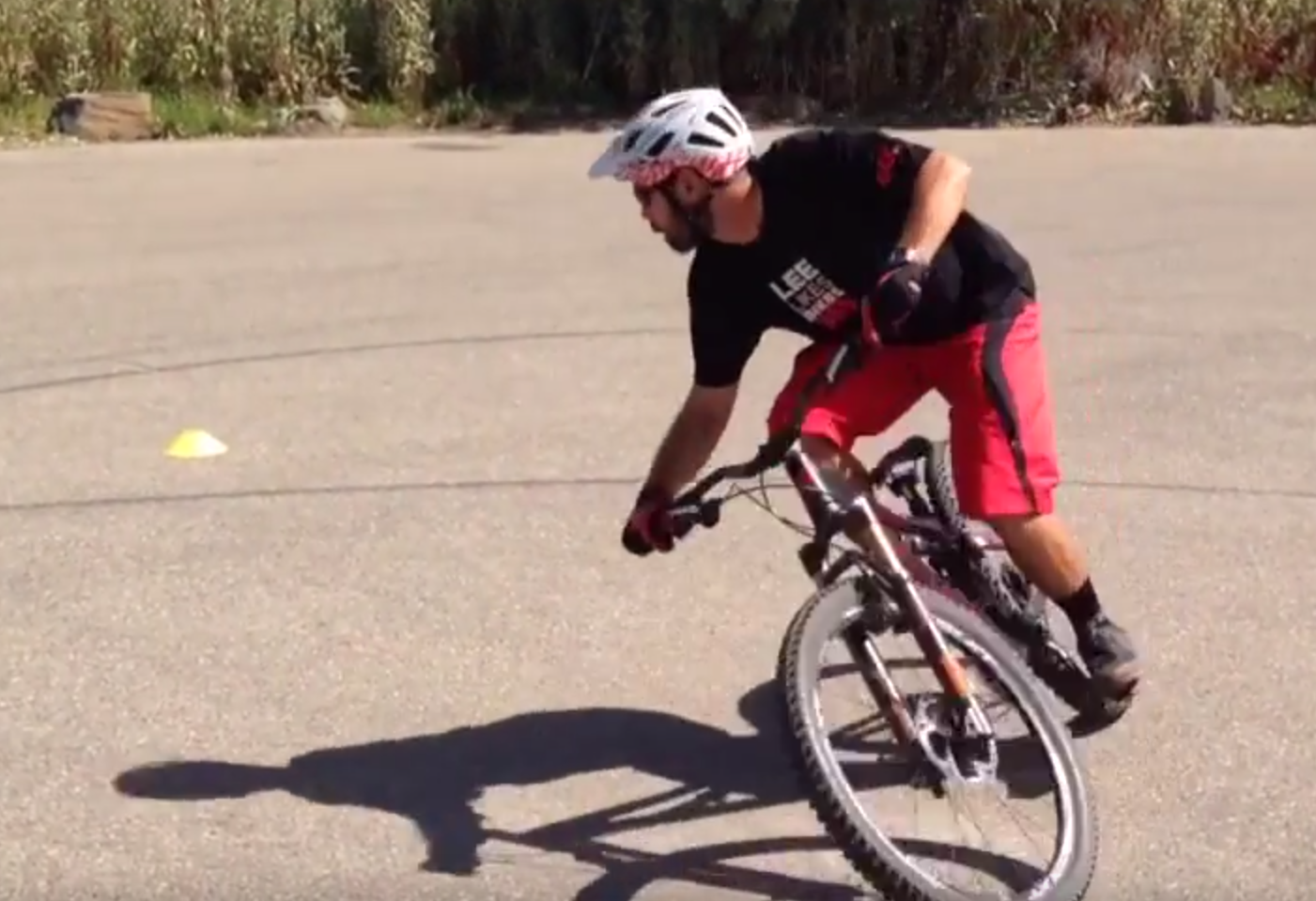 On a dirt motorcycle

The same principles apply. Most off-road riders balance on their pegs (or peg, with some butt too) and lean the moto below them. 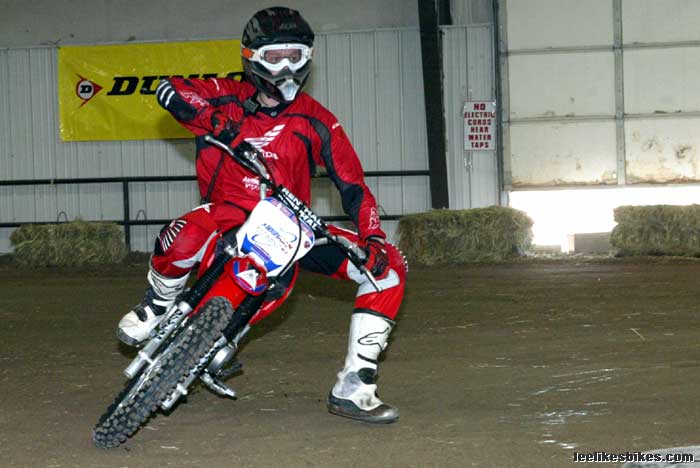 One of the instructors shows us perfect cornering form at the American Supercamp school. I used to ride a lot of moto on trail and track. American Supercamp taught me how to turn a moto like a moto (similar to a bike but different in a few key ways).

On a street motorcycle

For the sake of credibility: I rode a Honda VFR for several years. That ended one day when I was riding with a bunch of track racers, missed a hairpin turn on a mountain road, rode through the woods, got back on the road and caught the group. It was a completely seamless save, thanks to the DH Lizard in the bottom of my brain, but I knew I was gonna end up on the track, in jail or dead. So no more street bike for me. I also railed a BMW touring bike around Italy, and you know I was mixing it up with the sport bikes. DH Lizard can’t be stopped. No street bike for me.

Street bikes have so much traction, and the speeds can be so high, that the balance angle can exceed the ability of the motorcycle to lean. You can literally lean the bike so much that some part of it — often the footpegs — scrapes the ground. This happened all the time on the BMW tourer and on my ex wife’s Ninja 250: a carving weapon against the big bikes in the curvy hills above the Silicon Valley.

A very fast, skilled rider can increase the overall balance angle by leaning his body to the inside of the motorcycle. That’s why you see Moto GP racers dragging their knees (and even elbows!) on the ground. Another factor might be the maximum effective lean angle of the tires. 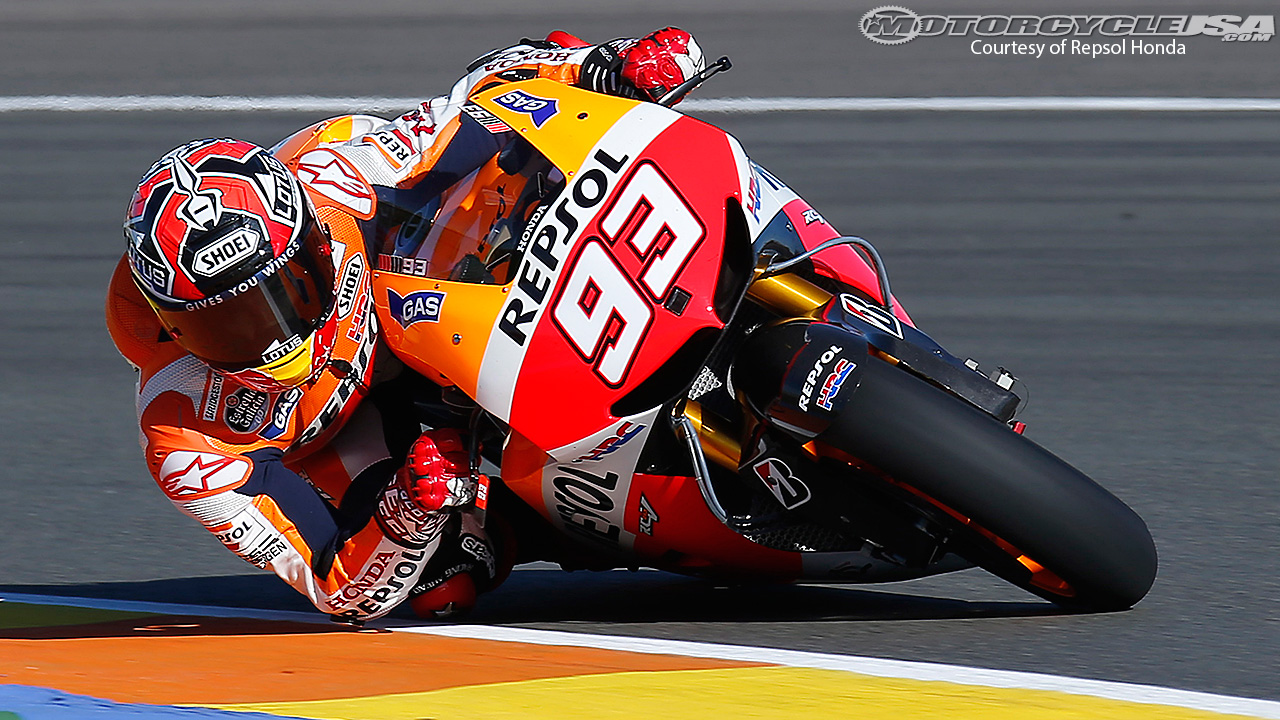 Notice I said fast and skilled. Very few civilians corner this hard, and — really — should you be railing that hard on a public road?

For most regular folks on real roads, I think it makes sense to practice more of an MTB/MX approach. Lean the bike enough to get the radius you want, then balance on the pegs or peg (or your butt). 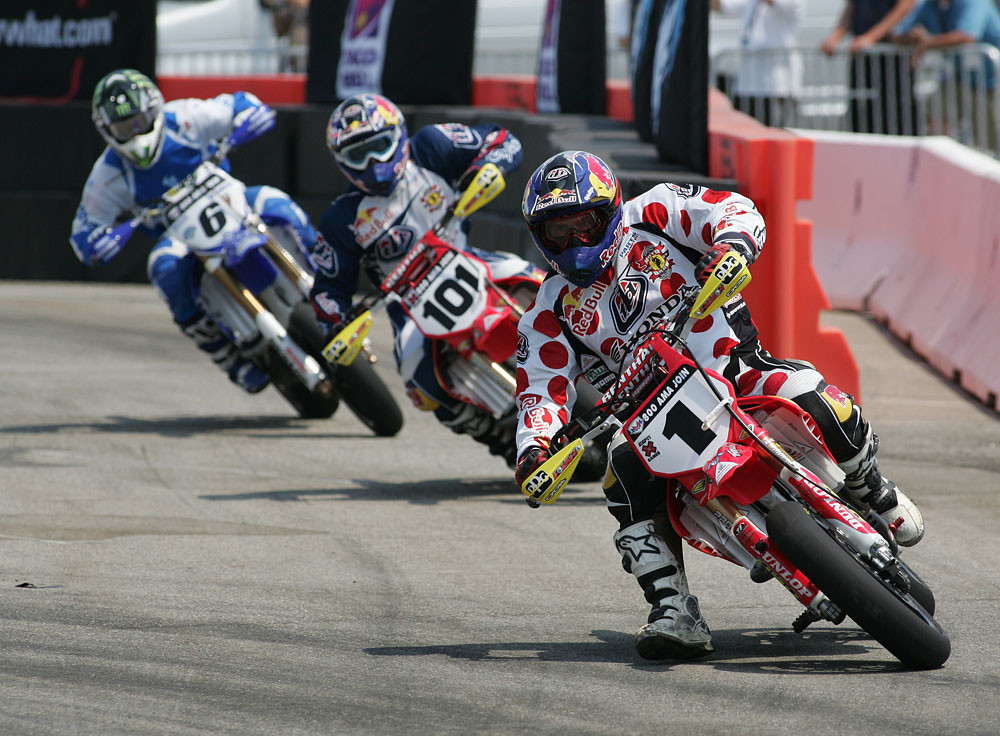 Supermoto has a fun blend of dirt and street riding styles. The fast racers like Jeff Ward tend to lean their bikes more than their bodies. Photo from www.vitalmx.com.

To learn how to truly corner a mountain bike, take an LLB skills class or rock some remote coaching >>>

Recovering from hard ridesMy shoulders hurt. Are my bars too wide?
Scroll to top