What is the max height for a jump on a DH course???? It seems to me that alot of grassroot DH courses are becoming more freeride than DH, I like to pin it, and would like to build my courses more like WC courses.

I’ve seen faces that are 6-8 feet tall. Huge tabletops. But that’s at very high speed, with a low launch angle (maybe 15-20 degrees). A jump like that will send you faaaarrrrrr …

If you’re hauling ass, a 3-foot lip with a low angle and nice, smooth transition — and a long downhill landing — will get the job done. Avoid gaps, and have the rider follow the arc of the ground. 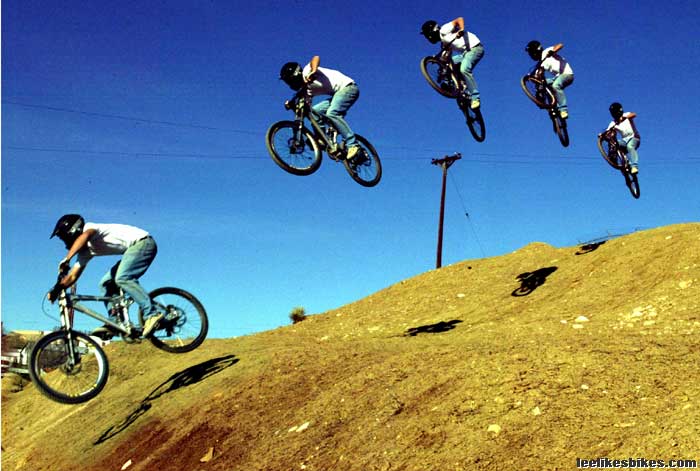 Here’s a biggie, Elliott Hoover style. It doesn’t look bad to come up short, but it is … 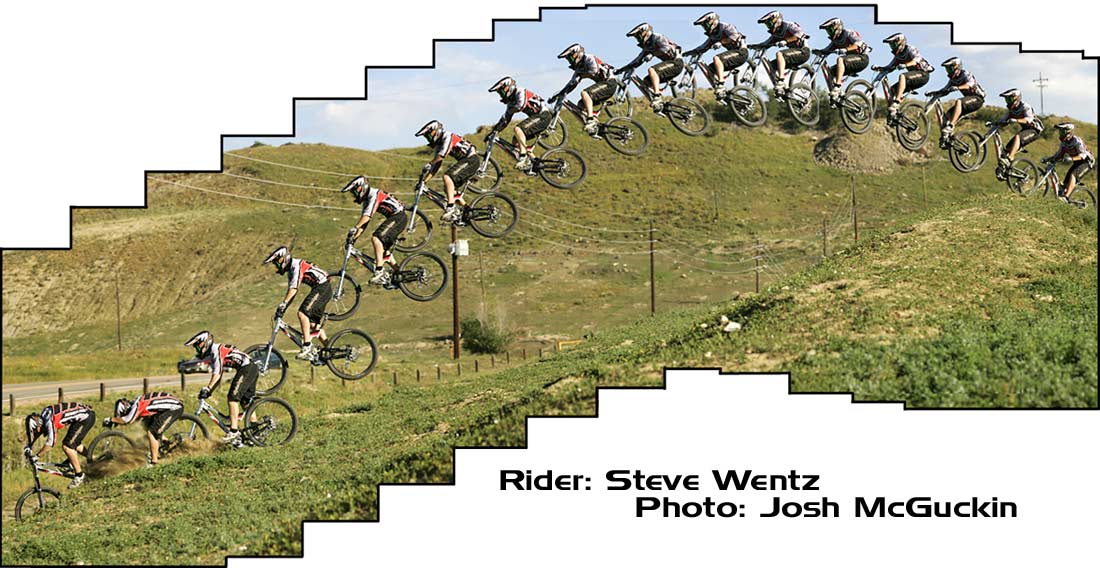 The 2003 Mont-Saint-Anne World Cup course had a HUGE jump at the finish. There was an eight- or nine-foot lip, then a 30-foot gap, then a 25-foot table, then a long backside. Freestyle MXers had been using the landing for their tricks, and downhill racer Curtis Keene says their metal ramps weren’t much farther away than the dirt lip.

To get back side you had to fly 55 feet. “You had to brake check, because the lip threw you weird,” says Keene. “That’s what happened to Johnny Waddell [he crashed hard and was in a coma for 26 days].

“You came through thee or four sweepers — you were really moving — and it was, how big of balls do you got? … Braaap! Oh gee, here we go.”

If you build something big, make sure you build it well. And give racers a go-around. I don’t have to tell you how dangerous big jumps can be.