Blog
You are here: Home1 / Blog2 / Hanging with Mark Weir

WTB tough guy Mark Weir only leads one kind of ride: the death kind. The climbs are long, steep and plural, and the descents require just as much strength and focus. His rides are so punishing, I know only a few people who have ridden with him more than once. When I visited NorCal in January, I had the semi-pleasure of hanging out and riding with the bald brute. 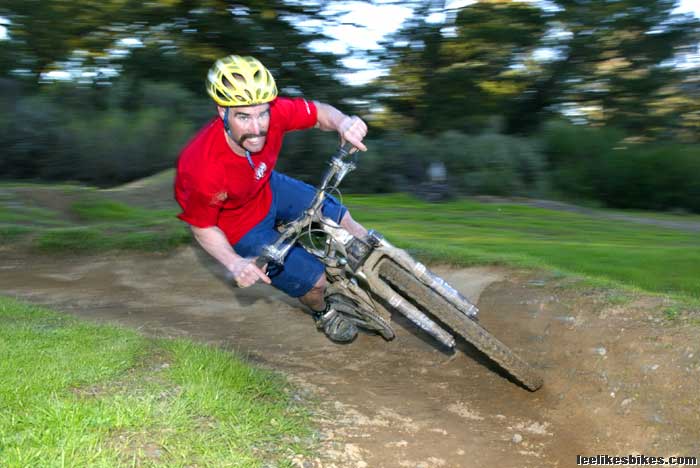 He wanted to drag me on his favorite hard ride (hard for him!), but I told him it’d been a long winter, and I was in shape for downhill skiing, not long XC. He said OK, let’s just do this one fun downhill. So we rode from his house to a not-so-close park, climbed a long dirt road and railed a steep, fast descent. As we walked back up the trail, Weir followed his tracks and nerded out on the way his knobs dug into the moist soil. As on all rides, he was doing research and development. On the clock, baby!

We decided to charge that descent again. I went first and stopped at the bottom of a fall-line section that cut hard across the slope. The corner was as off camber as they get, with only a narrow rut keeping bike and rider out of the San Francisco Bay. Our tire tracks told a story of violence, randomness and recovery, and I wanted to witness it up close. I heard a rumble, then a clatter then a waterfall of nails falling into a metal bucket. Wham wham wham! Here came Weir: bouncing, pedaling, pumping, hands braced on his wide bars, all eyeballs and mustache and teeth. He caroomed down the main line and whipped into the little rut. RIIIIP! 2.3 Weirwolf side knobs clawed and gripped tacky clay, and Weir carried all his speed into the next section. Little balls of dirt rained around me.


Weir dragged me on another long climb, then another fun descent, then another climb and descent. I finally said I was getting tired, and he said, “OK, just 500 more feet of climbing then one more descent.” He’d been climbing slowly for me, but I think he was waiting for me to call it before he steered us home. This descent was fast and fun and rocky. We hauled almighty mail. So much and with such body English that my XT crank arm peeled off its spindle. A quick Duke Boys repair and we were back on it.

So far we’d climbed 4,000 feet in about four hours, and I was feeling it. As we spun along the road, I challenged Weir to a sprint. He couldn’t believe it, and I had to explain my challenge a couple times. I got a good snap and found myself out front, then he rode up and just plain out-pulled me. I may have accelerated more quickly, but he plowed through air molecules like a freight train. Fun stuff.

Hours spent in the head office: As few as possible. “They want me to sell soul. I can’t sell soul in a cubicle.”

Workplace: Mostly on the trail, but also his home office

Number of voice mails after a four-hour ride: 23

Back yard: The Peacock Pit, a swoopy mini-moto track that he rails nonstop on a Yamaha TT-R125


Video! Flaring the feathers at the Peacock Pit (2MB Quicktime)

Outdoor accommodations: A funnel mounted to the outside wall of his shed, with a hose leading to a field. 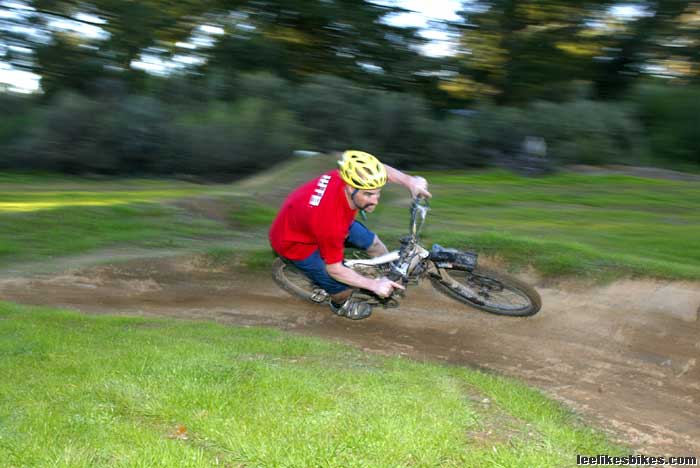 Newest sponsor: EAS sports nutrition. “They brought me out to Arizona for their camp, and it was the most pro setup I’ve ever seen.”

The first thing I ever saw him do: It was 1995. He took second in a rough DH race on a superlight hardtail with a rigid fork. As we cruised to the parking area, he hit his front brake to slow for a water bar, and his down tube crumpled. “I don’t get it. This is the third one of these I’ve broken.”

Favorite thing to do: Ride. 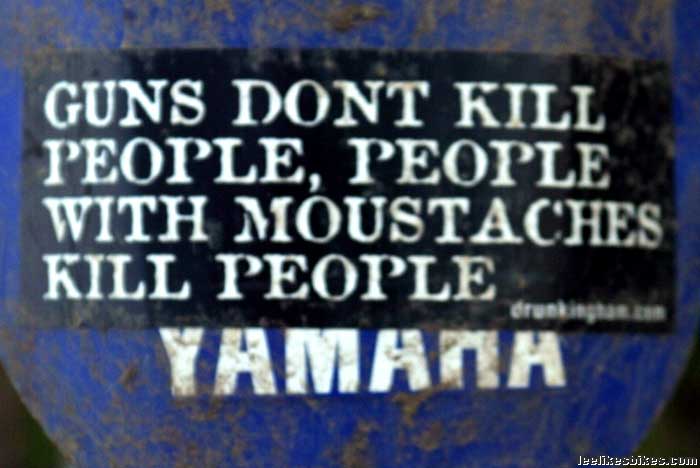 Favorite type of riding: Up and down steep trails, pinned all the way, for several hours at a time, from his house.

Obsessive habit 1: For months before the Downieville Downhill, for which he holds the record, he lays in bed, starts a timer and visualizes every detail of the 13-mile course. Every turn, every rut, every rock. In his imagination he finishes within 20 seconds of his race time, which is around 39 minutes.

Obsessive habit 2: Purging his bowels with cilium husk, to drop those few extra pounds before races. 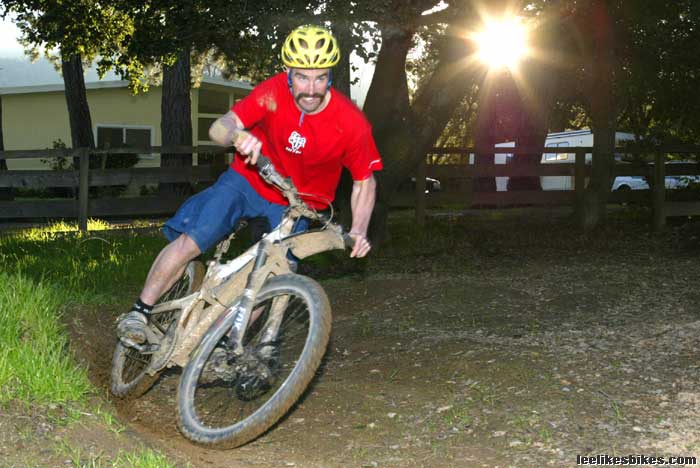 Tire named after him: The Weirwolf series. They have low, claw-like center knobs and huge side knobs. Made for people who commit fully to every corner.

Keep it close: Anything worth doing — especially riding — should be done from home.

Tip for high speed chases: If you’re being chased by a park ranger on a quad, stay on his right side. When tries to grab you, he lets off the throttle and slows down. 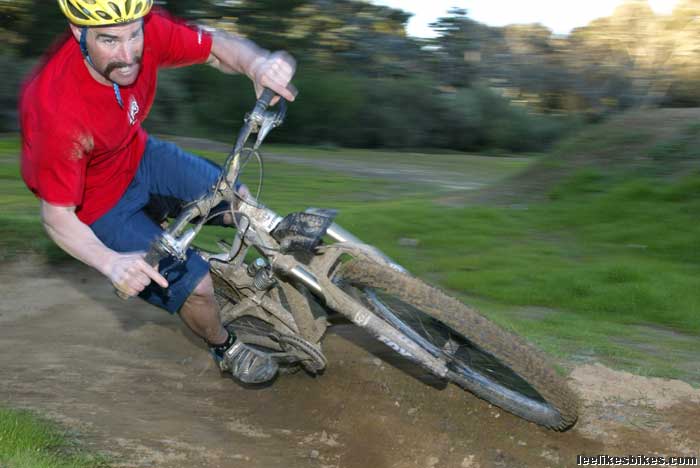 Venting his nastiness: “When I was a kid I was a real spaz. My Mom could never keep me under control so she would make me run laps around our 1-acre lot until I was out of juice, or “nastiness” as she called it. After doing this for a while I started thinking, “I’ll show her.” and one day I ran and didn’t stop until she physically made me stop. This kind of freaked her out. She thought I would hurt myself 1) because she knew I would not quit and 2) because I was such a stubborn little shit.”

More about Weir (if you can handle it): The Santa Cruz Hell Ride.

Even more: On the Santa Cruz Bicycles site.

Thanks for signing up!Mark Weir goes national
Scroll to top